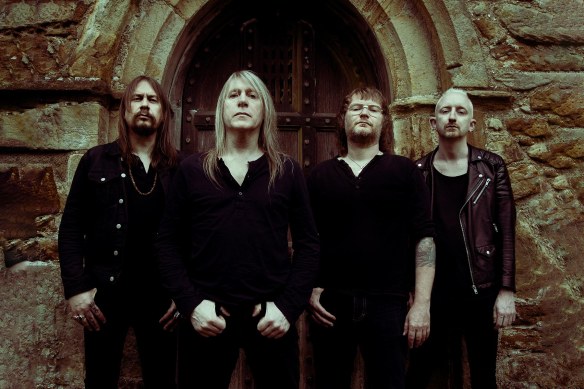 Being a bit too young to experience the release of Angel Witch’s self titled debut, the band’s material still made a huge impact on me when I bought the vinyl version of “Angel Witch Live” at my local store when it was released through Metal Blade back in February 1990. It might have been the mystical cover art that convinced me, I can’t recall having heard anything from the band, not even the song “Angel Witch”, but as I listened to the album, songs like “Angel Of Death”, “White Witch”, “Sorceress” and “Atlantis” to name only a few, really impressed me. In retrospect, these songs fueled my interest in NWOBHM and underground metal in general. When the opportunity arose to hear Kevin Heybourne’s thoughts on the band’s brand new, fifth studio album, as well as some topics from the past, I didn’t hesitate a second.   END_OF_DOCUMENT_TOKEN_TO_BE_REPLACED